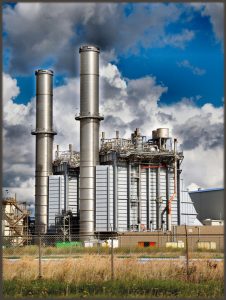 Bloomberg quoted KYOS’ Cyriel de Jong in their article about Blackstone, published last Friday 7 July 2017. The investor group Blackstone bought bankrupt Dutch Rijnmond gas-fired electricity facility in 2016. According to “Het Financiele Dagblad they paid only €8 million for it – the estimated value was €600.

Blackstone Does What RWE Can’t Do by Reviving Dutch Plant

“Blackstone Group LP’s reboot of an idled Dutch natural gas-fired power plant this week underlined investor appetite for the unwanted assets of some of Europe’s biggest utilities. The Rijnmond station in Rotterdam sold electricity on Monday for the first time since the world’s biggest private equity fund bought the bankrupt facility last year. Utilities such as Germany’s RWE AG and Engie SA in France are still keeping some plants shut because they aren’t profitable.”

Cyriel de Jong was asked for his opinion on this matter and was quoted saying: “They believe that in the coming winters it’s going to pay off, that it can run at a profit…It is a really good bet, considering what they paid for it.”

Would you also like to know the value of your power plant? Our power plant optimization modelling software makes this possible. KyPlant supports traders and plant owners in power markets. The power plant optimization software determines the value of power plants by quickly calculating the optimal dispatch. It also supports trading decisions and reports exposures. The real options-based model combines actual plant and contract characteristics with realistic price simulations. It can be applied to real physical power plants, but also to virtual power plants, spark and dark spread options, and power options

Contact us for a free demonstration. We are more than happy to show you what our model can do. And more importantly, how it can work for you! Just leave your details in the black section below, or send an e-mail to info@kyos.com