The Brexit may lead to 10% higher GB power prices 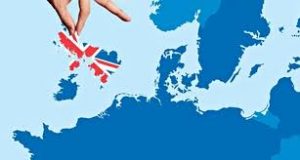 Now that the British population has voted for a Brexit, the consequences for the British electricity sector are misty. Using its fundamental analysis model, KYOS quantifies the potential implications. The primary assumption of the analysis is that a Brexit will lead to a devaluation of the British pound. By 2020, the year under investigation, the assumed currency drop is 20% relative to the US dollar and 10% relative to the Euro. This in turn leads to higher import prices for coal, gas and CO2 emission rights, which drives up electricity production costs. The KYOS market study indicates a rise of 9.5% in wholesale GB power prices.

There are many other potential implications of a Brexit on the British energy sector, such as higher capital costs (more uncertainty), a weaker integration with neighboring countries, changing renewables and emission reduction policies, and a change in overall electricity demand. Although potentially substantial, these effects are hard to quantify. That is why the KYOS analysis focuses on the commodity cost implications, which may be substantial as well. With the UK gas market closely connected to the continent (trading in Euro, going up by 10%), but also partly dependent on LNG imports (trading in US dollar, going up by 20%), we expect a gas price increase of 12% for the UK NBP. Electricity in Great Britain is primarily produced by gas fired power stations, and a large part of the gas price rise will be transferred into higher power prices. A smaller part of the UK electricity production comes from coal-fired stations, to be phased out by 2025, but still operational in the year 2020. With international coal prices denominated in US dollars, coal prices in pounds may rise by 20%. The third relevant commodity is CO2. The European emission rights are traded in Euros, but the UK carbon floor essentially sets the cost price in British pounds. Until 2020, the carbon floor works as a tax (in pounds) on top of the price for emission rights (in Euro). For 2020, KYOS calculations therefore indicate a moderate 2.5% CO2 cost increase for GB power producers.

The KYOS fundamental power market model finds the market clearing price for each hour in 2020, based on optimal bidding of all power producers in the GB market. The base case scenario uses the commodity forward prices from 14th of June 2016 and finds an average price in 2020 of 38.92 GBP/MWh. For the Brexit scenario, we assume 20% higher coal prices, 12% higher gas prices and 2.5% higher CO2 costs, though no changes in electricity demand, renewables production, imports or exports. This Brexit scenario leads to a higher power price, of 42.63 GBP/MWh, an increase of 9.5%. In this scenario, gas becomes more attractive relative to other fuels, and owners of gas fired power stations actually benefit from the Brexit, with extra revenues of about 8%.

For more information about the market study ‘impact Brexit on power price’, contact Cyriel de Jong, director, dejong at kyos.com or +31 23 55 10 221. Or leave a message on our contact form.