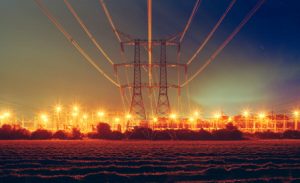 Coal-fired power plants are a large source of carbon emissions. They generate 30% of the power in the Netherlands, while emitting 65% of the total emissions of electricity production. They are hereby responsible for 15% of the total carbon emissions in the Netherlands. Moreover, coal plants emit particulates, nitrogen and mercury into the atmosphere. These have negative effects on both public health and the environment.

The discussion on a premature closure of coal plants takes place at an interesting time. Three out of the five plants have only recently been opened: the plants owned by E.On and Engie at Maasvlakte 2, and the plant owned by RWE at Eemshaven. The two other plants, the Hemweg 8 of Nuon in Amsterdam and the Amer 9 of RWE in Geertruidenberg, date from the ’90s.

To date, nobody initiated any substantiated economic valuation of these five plants. Plant owners did mention valuations close to the original investment costs of the (new) plants, ca. €6 billion. We have addressed this gap by compiling such a valuation of the five power plants. We have done this by simulating a large number of electricity market scenarios. Subsequently we derive the coal plants’ future cash flows from these scenarios. The large number of scenarios result in a bandwidth based on confidence intervals.

Our calculations show that the economic value of the two older plants from the 90s is ca. €0.5 billion. We value the three new Dutch coal plants at ca. €3.2 billion, which is considerably lower than their respective construction costs. In case of premature closure in 2020, the remaining value would be ca. €0.4 billion. In other words, this means there would be a total loss of value of ca. €3.3 billion.

This publication is based on outputs from KYOS’ fundamental power market model. Via Monte Carlo simulations, the model calculates potential price scenarios for coal, gas and carbon prices. To calculate (i) potentential power prices and (ii) resulting power plant revenues, we programmed all price scenarios in the fundamental market model KyPowerFundamentals. This resulted in a bandwidth of outcomes. For more information about KyPowerFundamentals, click here.